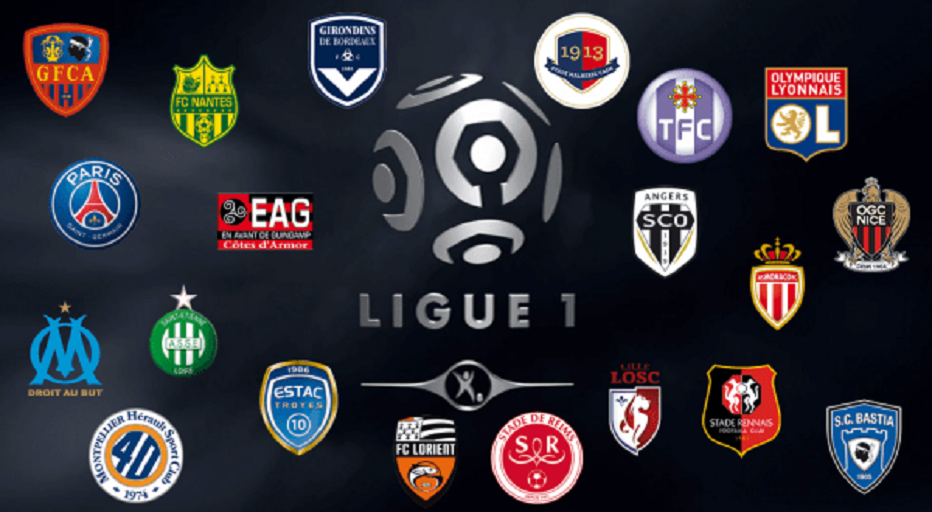 Of all the top-quality teams in Europe, France has always been the nation that everyone wants to beat. Stade de France is one of the most iconic venues in the game, and when the nation won the World Cup for the second time in 2018, it proved that this is a country whose team can take on not only the rest of Europe, but the whole world.

Like any great national team, France’s success is built on the quality of its domestic competition. Ligue 1 represents the best of the best, and you can follow and bet on the exploits of Paris St Germain and the rest right here at SportPesa. We have the full list of fixtures for the entire season, so whether you want to bet on an individual game.

France’s top tier league follows the same format that you see across Europe in, for example, Serie A and the English Premier League. It is contested between the best 20 teams in France, with each playing 38 games. So, every team gets to play every other team twice, once at home and once away. The league operates a system of promotion and relegation with Ligue 2, with three up and three down at the conclusion of every season.

Ligue 1 was inaugurated in 1932, making it one of the most historic football leagues in all of Europe. There have been only minor changes to the format in all that time, and the only interruption was between 1939 and 1945 during the Second World War.

Over the years, Ligue 1 has featured some of the biggest talents in football, legends like Zinedine Zidane, Michel Platini, Zlatan Ibrahimović, Thierry Henry and Neymar, to name just a handful. But which teams have dominated over the years? The answer might not be as obvious as you think.

The rise of PSG

Ask 10 people to name a Ligue 1 team, and at least nine of them will say Paris St Germain. It’s not just the most famous club in France, it ranks right up there with the likes of Bayern Munich, Real Madrid and Manchester United as one of the top teams in European football.

PSG is clearly the team everyone else fears most in Ligue 1, and it has won the title seven times in the past eight years. But you might be surprised to learn that there is another team that has an even more successful Ligue 1 record.

Saint-Étienne dominated the league in the 1960s and 70s, and has amassed a total of 10 titles, compared with PSG’s nine. Given that it’s been 40 years since Saint-Étienne last finished at the top, however, it is probably only a matter of time before they are overtaken.

So how has PSG achieved such dominance after years among the also-rans? It’s important to note that the team only came into being in 1970, so is relatively new compared to many that have histories dating back to the 1800s. This modern team adopted modern methods and followed the model introduced by Bayern Munich in the Bundesliga in the early 1980s. They operate the club like a well-managed business, raising money through lucrative sponsorship and broadcasting deals so that they can spend it on the very best players.

A case in point was their world record signing of Neymar from Barcelona for a hitherto unheard of €222 million in 2017, but that is not the only big-money signing. Kylian Mbappe was signed while still a teenager at a cost of €135 million, while strikers Edinson Cavani and Mauro Icardi, along with winger Angel Di Maria each had price tags in excess of €50 million.

Perhaps the biggest question in Ligue 1 as we look to the future is whether PSG can continue to spend in this way, given the difficult circumstances all professional football teams have been facing over recent months. Your opinion on that will certainly be a factor in your Ligue 1 betting choices.

At SportPesa, we give you the broadest scope for betting on Ligue 1 that you will find anywhere. Plenty of fans simply like to place a quick bet on one or other team to win a specific game, and if that is your wager of choice, you can head over to look at the Ligue 1 fixtures and decide whom to back.

Finally, be sure to try our Ligue 1 in-game betting. This is an innovative form of football betting, whereby you can keep placing a variety of bets while a game is in process. Football fans find it fascinating to see how the odds change when a goal is scored, or a player is sent off. Ultimately, there are great rewards to be had if you can spot a shift in momentum and place your bet before the odds shorten.

Whatever type of betting you prefer, you will find the best choices and the most generous odds here at SportPesa, either at our website or through our mobile app.

Follow the top teams in Germany with Bundesliga football betting

Germany has been a powerhouse of European football for the past 50 years or more.…

The English Premier League, or Premiership as it is sometimes called, is probably the most…