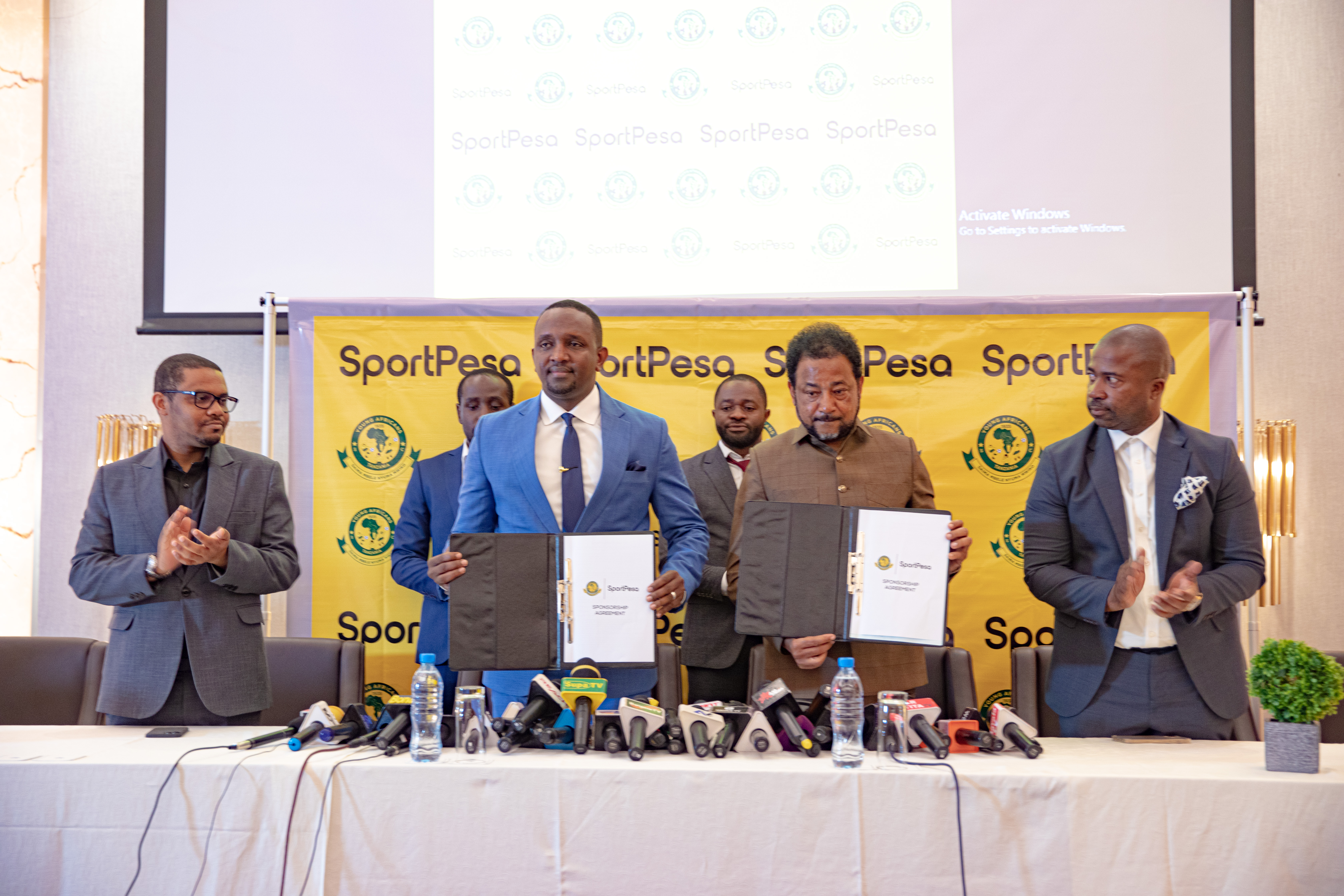 The contract means the club will earn Sh4 billion per year, according to SportPesa Tanzania Board chairman Tarimba Abbas

The contract means the club will earn Sh4 billion per year, according to SportPesa Tanzania Board chairman Tarimba Abbas.

Tarimba said their firm will also award Yanga Sh150 million if they retain the Mainland Tanzania Premier League title including Sh112 million if they keep the Azam Federation Cup. 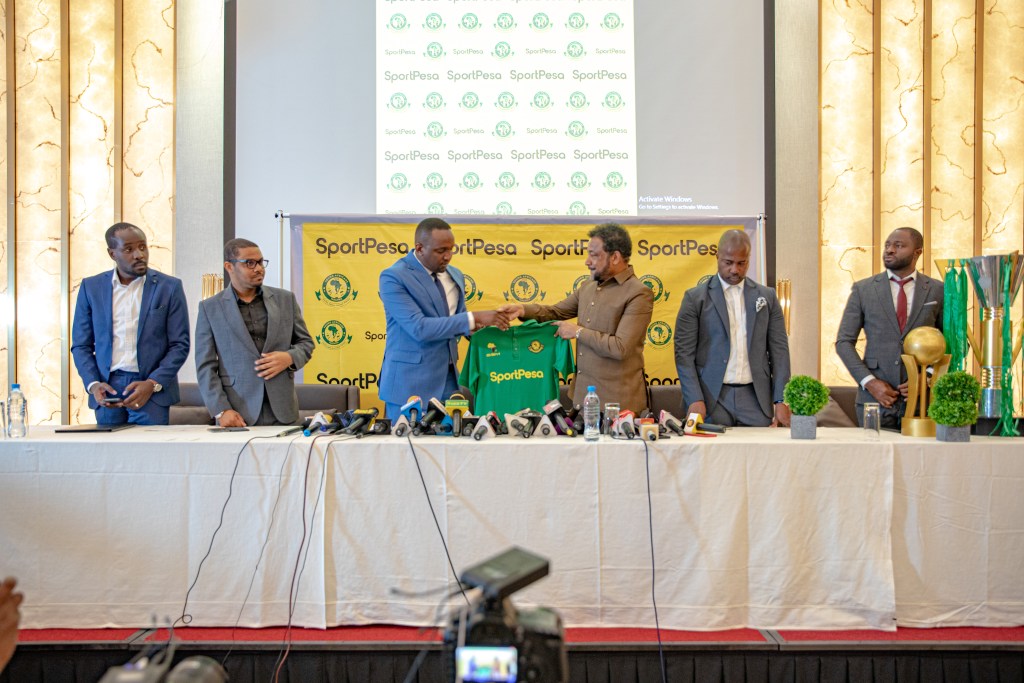 Young Africans (Yanga) president Hersi Said (left) and the chairman of the SportPesa Tanzania Board of Directors, Tarimba Abbas, (centre) display the contract signed between Yanga and SportPesa Tanzania during an event held yesterday in Dar es Salaam.

He added that SportPesa will also award Yanga Sh75 million if they qualify for the final of the Azam Federation Cup. In the expired contract, Yanga have received Sh100 million for winning the Mainland Premier League title. However, the team have received no prize money for winning the Azam Federation Cup. He explained that their firm’s main goal is to contribute to the development of sports in the country and that’s why they have decided to support the game. “It is a fact that Yanga’s worth has been increased when compared to our five-year contract signed in 2017. By then, our club were not well financially and we decided to boost them with such an amount. Currently, we are taking it differently as Yanga are the Mainland Tanzania champions with an unbeaten record in all competitions including the Azam Federation Cup and the Community Shield,” said Tarimba.

He explained that the signing of the new contract shows that each party has been satisfied with the past obligations. “It was not easy to secure the deal with Yanga due to the success that the club have achieved so far. We thank the club leadership for the agreement,” he said.

For his part, Yanga president Hersi Said thanked the firm for agreeing their terms of the contract hence signing the lucrative deal with them.

“It is a milestone for the club’s development and we promise to observe all the obligations of the contract.

“We are proud to finish last season’s Mainland Tanzania leagues unbeaten and our plan is to maintain our performance. We have the task of taking the club to the next level of development and that’ why we managed to transform it and held the general meeting of the club to elect new leaders,” said Hersi.

Now you can “Spin it YOUR way!” playing with 9 Masks of Fire!

We’re adding HyperSpinsTM respin buttons to a collection of our most successful games, including 9…

All about Spin and Score A stadium filled to capacity, with the roar of the…